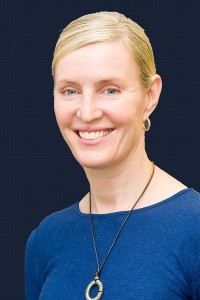 Karen has been a regular face and voice of ABC TV and radio sport since joining the ABC in 1989.

After completing a Bachelor of Arts degree in Communications and Psychology at Macquarie University in Sydney, Karen spent eight years as a TV sports broadcaster and presenter, anchoring golf, tennis and other major sporting broadcasts on the ABC network.

In 1997, she made the move to ABC Radio as the presenter of the weekend national sports program ‘Summer Grandstand’ – a role she still enjoys from her adopted home town of Perth.

She will also be involved in the ABC’s coverage of London 2012 Paralympics in September.   She was part of the Friday night fun of ‘Live & Sweaty’ on ABC TV in the early nineties and for six years presented sport on ABC TV’s weeknight news in Perth. Karen was also the regular host of ABC TV’s annual coverage of the Hopman Cup tennis tournament from 1994 to 2010. She was the Media Award winner at the 2000 and 2001 Australian Sports Awards.

Karen is married to former ABC sports commentator Glenn Mitchell. Karen lives with mild asthma and is a regular supporter of the work of the Institute for Respiratory Health. 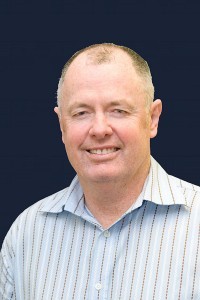 Glenn Mitchell is one of Australia’s most experienced and versatile sports broadcasters and is well known for his career with ABC Sport.

During his tenure with the national broadcaster Glenn commentated on four Olympic, four Commonwealth and two Paralympic Games. As one of the ABC’s senior cricket commentators he called over 200 international matches, covering 13 overseas tours.

Back home, he commentated more than 900 AFL and WAFL games, was the host of the iconic Saturday Sportstalk and throughout his career commentated more than 20 different sports on both radio and television, including world championships in triathlon, cycling and water polo. In 2000 he was awarded the Australian Sports Medal by the Governor-General for his contribution to sport, one of the numerous awards he garnered during his broadcasting career.

Since resigning from the ABC, Glenn has continued to freelance in the media. He currently presents the weekday breakfast show on Perth-based, Curtin FM. He has undertaken commentary work for the Seven, Nine and Ten Networks and is also a regular contributor to sports programs on BBC 5 Live and was a long-time panellist on Sky News Sportsnight program.

Glenn is married to ABC sports commentator Karen Tighe and is a regular supporter of the work of the Institute for Respiratory Health. 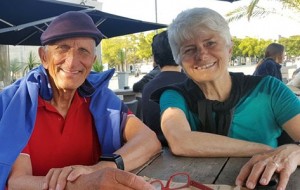 Now retired John Price has had over 40 years’ experience as a local business owner. He is an Emergency Services Volunteer and a Lung Champion for the Institute.

John wishes to share his insights and experience based on someone living with a rare lung disease. He also brings his experience of what it is like to be a patient living in an isolated area and patient who does not enjoy the support mechanisms so readily available to other well-resourced diseases.

John has developed a keen interest in research and aims to support those striving to make the world of patients a better one.[/vc_column_text][/vc_column][/vc_row]

Sign up for the Institute's newsletter
Make sure you keep up to date with the latest discoveries to help support lung disease research.